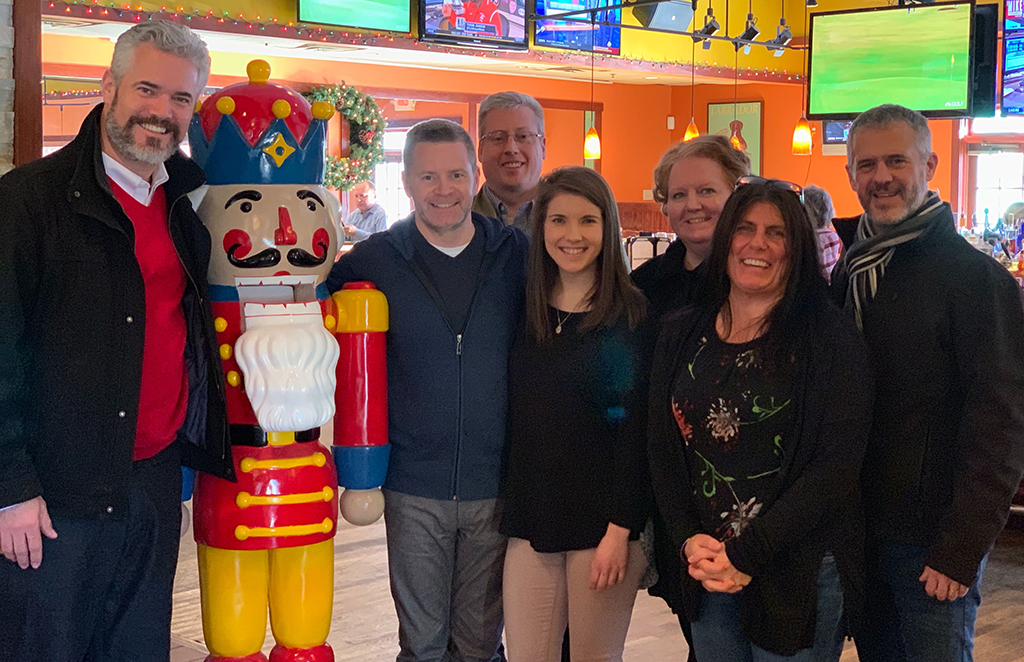 It’s been an exciting year for the Theology of the Body Institute. As we wrap up 2018, I want to share with you some of the many highlights of this past year that show your prayers and support are reaching hearts around the globe. I and the TOB Institute team are so grateful for your support, and we cannot wait to share some exciting plans for 2019!

President, Theology of the Body Institute

* The biggest news came on August 15 — the Feast of the Assumption — when the Institute announced a merger with The Cor Project. This joining of forces, according to Christopher West, Institute president, “will allow the programs and courses of the TOB Institute to expand their reach in tandem with The Cor Project’s global evangelization efforts and membership program.” Read more here.

* Christopher, Bill Donaghy and Jen Settle taught nine week-long TOB immersion coursesthrough the Theology of the Body Institute to 690 students representing 14 countries. Among the students were 81 clergy (priests, deacons) and religious/consecrated. One TOB 1 course was held for the first time at St. Meinrad, Ind., in March. Another highlight was the return of Father Timothy Gallagher’s “TOB and the Interior Life” course, which also featured Christopher and Father Jason Smith adding richness to Father Gallagher’s instruction on Ignatian Discernment.

* Theology of the Body 1 was held for FOCUS Missionaries at Ave Maria University.

— The Marians of the Immaculate Conception order of priests and brothers

* The Cor Project visited 16 states and traveled to six countries while leading 42 live events in 2018. From Brazil, Spain, Poland, England, Canada and Italy, the Cor team spread the TOB throughout the world to Catholic and Christian audiences with your support. Our visit to Poland included a special meeting with St. Pope John Paul II”s personal secretary Cardinal Stanislaw Dziwisz, who presented Christopher with a first-class relic of JPII in gratitude for his promotion of the TOB for the past 20 years.

* We held 12 of our new Made for More events, with several reaching full capacity attendance. We also held several Our Bodies Proclaim the Gospel conferences for Protestant communities, as well as Living the Joy of Love weekend conferences.

* Christopher embarked on a summer 2018 speaking tour to promote the 50th anniversary of Humanae Vitae. He released a booklet, Eclipse of the Body, in conjunction with the anniversary and it has sold several thousand copies and already gone into a second printing.

* The Cor Project continued to expand its publishing efforts, releasing or re-releasing SIX books by Christopher this year: Theology of the Body for Beginners (revised); Love Is Patient But I’m Not; Eclipse of the Body; Word Made Flesh: A Companion to the Sunday Readings, Fill These Hearts (new paperback version) and Good News About Sex & Marriage (updated). Several have deeply discounted bulk discounts for parishes and large study groups on the product page.

* On social media, Christopher’s Facebook page (@cwestofficial) has grown to nearly 102,000 likes. His Instagram page more than doubled to about 3,500 followed.

* On Aug. 30, Christopher and Bill Donaghy collaborated on a live Facebook event: A Hopeful Response to the Sexual Crisis in the Church.

* The Cor Project held its annual pilgrimage from Nov. 8-20, this time journeying with 95 pilgrims from around the world to Italy. Among the highlights were almost an hour alone in the Sistine Chapel, where Christopher gave a 30-minute talk; Mass and a reflection in front of Bernini’s Teresa in Ecstasy masterpiece at Santa Maria della Vittoria; and a special reflection in St. Peter Square at the spot of the assassination attempt on John Paul II. Our two chaplains, Fr. Ryan Mann and Fr. Patrick Schultz, did an amazing job (we recorded their homilies). We also had a pilgrim couple’s baby receive a kiss from Pope Francis during his Wednesday audience. A videographer traveled with us, and footage will be unveiled in the coming months. It was an unforgettable journey filled with faith, fun and delicious food. Stay tuned for the announcement of details of our next two pilgrimages: Mexico City in October 2019 and our much-anticipated first Holy Land pilgrimage in February 2020!