Join Christopher West for the ultimate Theology of the Body immersion into Ireland!

* All pricing based on double occupancy and 30 pilgrims, and subject to change due to air costs after April 5. Single rooms available for an additional $795.00.
Join Christopher West and an intimate group of pilgrims on their journey from Dublin to Galway! Along the way, we will get incredible daily TOB formation and the opportunity to learn from and encourage our TOB-passionate brothers and sisters in Ireland. Cor Project pilgrimages also feature daily Mass, opportunities for confession and spiritual direction, as well as a top-notch, experienced, licensed guide and driver.

We'll dive into the deep, rich Christian history of the country, plus have the chance to relax and enjoy the great culture of pubs, food and music. Irish stew and Guinness, amazing castles, spectacular countryside ... even busking one night on Grafton Street in downtown Dublin (yes, we have a permit!). It's going to be an epic journey!

1. Click the button below to go the registration page and view the full brochure.
2. Select your deposit amount and optional travel insurance (if desired)
3. Select "Add to Cart" and follow the instructions for checkout. Please make sure to include your email address to receive ongoing pilgrimage details and spiritual formation prior to departure.
4. You will then be placed on the official pilgrim list and will begin to receive weekly updates prior to departure.
Register Now!
An Invitation to You from Christopher West
Where We're Going 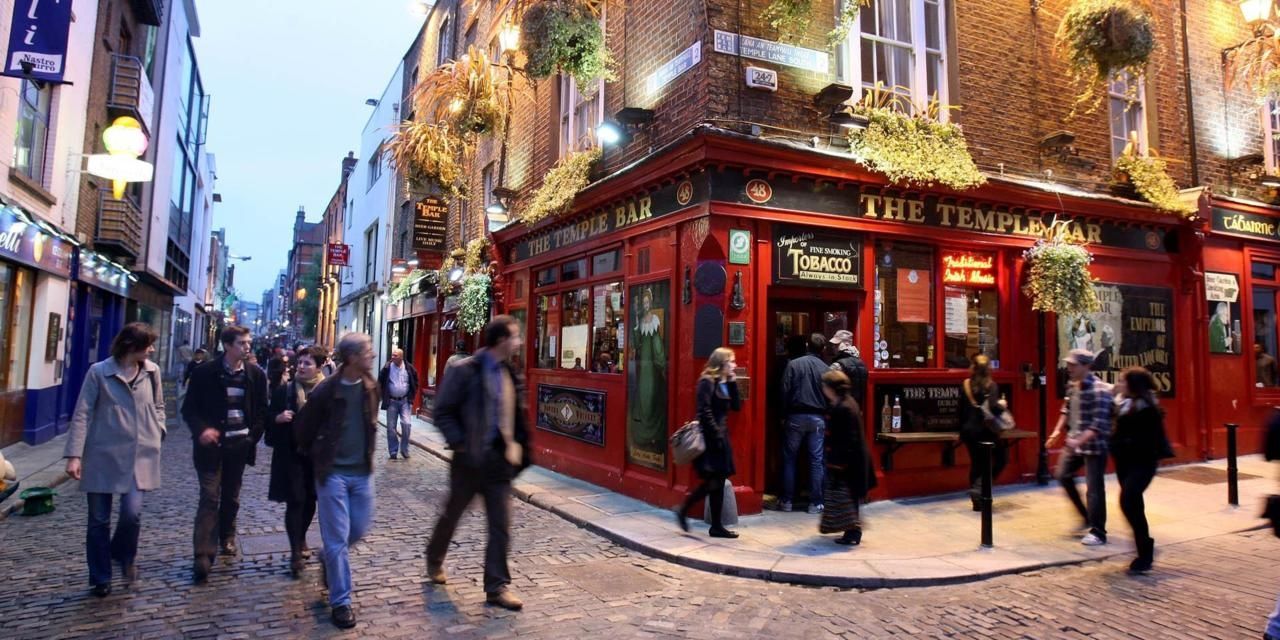 Dublin
Four nights in the bustling capital of Ireland. Pilgrims will meet TOB-passionate friends at a presentation by Christopher in downtown Dublin. We'll also tour the city, taking in Trinity College, the Guinness Brewery and much more. Our stay includes a special group dinner with traditional Irish music, dancing and comedy, as well as an evening of busking on Grafton Street with Christopher and Mike Mangione! 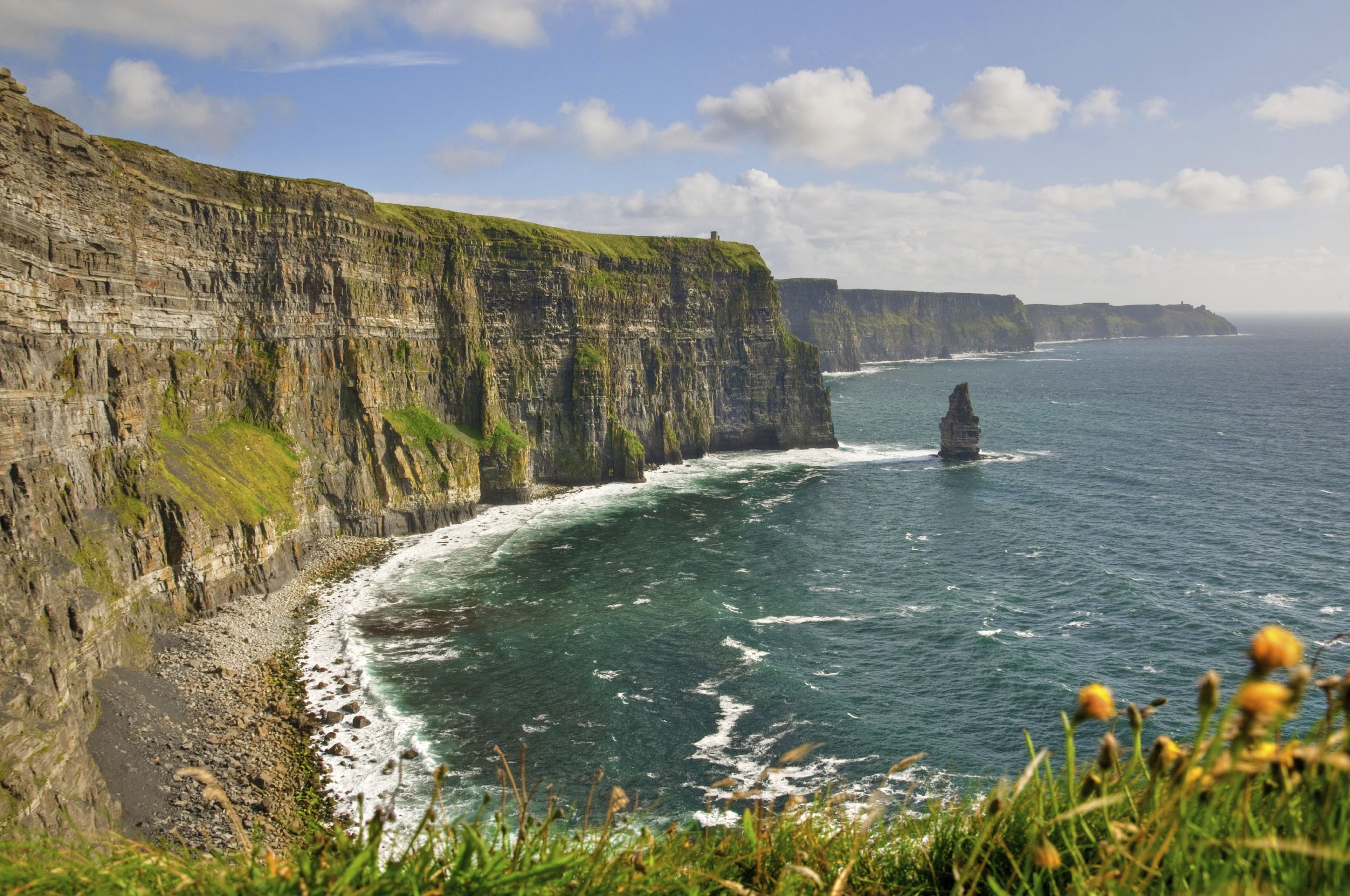 Galway
Our journey ends on the west coast, home of an incredible music and arts scene, the Cliffs of Moher, Bunratty Castle and The Burren. Pilgrims can use an open day in Galway to also take the ferry on their own and visit the Aran Islands. We'll have daily Mass throughout the pilgrimage, including a morning Mass at the stunning cathedral in Galway. 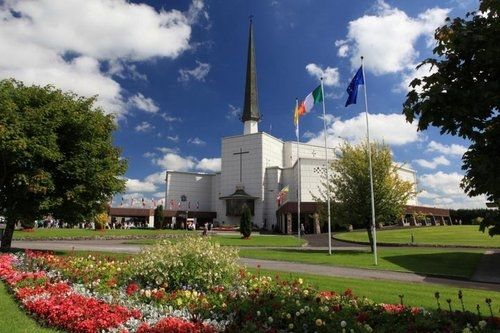 The Marian Shrine
at Knock
On our way to Galway, we'll visit the Marian Shrine at Knock, which millions of pilgrims visit from around the world each year. St. John Paul II celebrated Mass here during the 100th anniversary of the Knock apparition (of Mary, St. Joseph and St. John the Evangelist) in 1979. 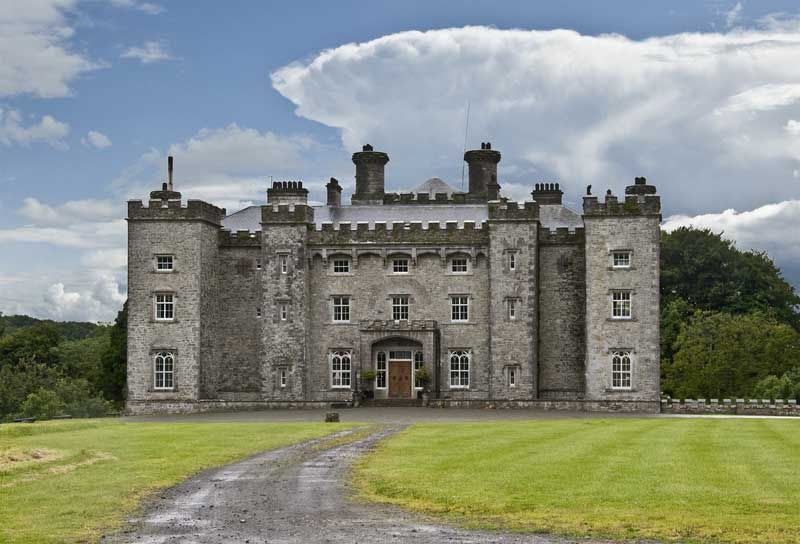 Drogheda, Slane, Tara, Waterford, Kilkenny, Maynooth and more!
We'll visit many sites on the trails of St. Patrick, St. Brigid and other Irish saints. We'll also spend time in the beautiful coastal town of Waterford, the medieval city of Kilkenny and attend an event by Christopher West at the Evangelium Conference in Maynooth.
For the full itinerary and trip details, view the brochure.
VIEW HERE
Meet Our Chaplain,
Fr. David Marsden, SCJ
Father David Marsden, SCJ, was ordained a priest in 2002 for the Sacred Heart Fathers. He is a leading evangelizer in Ireland for the Theology of the Body, attending Christopher’s TOB Institute Head & Heart Immersion course in the U.S. in November 2016 and being blown away by the experience. He has also been involved in the Pure in Heart ministry in Ireland since 2008 and is fired up by their charism of promoting a healthy attitude towards love and relationships. He is currently working in a parish in Stockport, U.K. and is trying to spread the message of one of his heroes, St. John Paul II, who he met in 2003 in Rome.
Waterford-Lismore Bishop Phonsie Cullinan Welcomes You!
Bishop Phonsie Cullinan of the Diocese of Waterford-Lismore in the "sunny southeast" of Ireland is carrying the Theology of the Body torch, and we are blessed to begin our Ireland Pilgrimage at his cathedral! Please watch and listen to his important message.
An Invitation from the Young Adult Catholics of Ireland
Pure In Heart has been at the forefront of the Theology of the Body movement in Ireland. They are shouting from the rooftops in their home country that there is a healing balm for the sexual wounds suffered by so many there... that there is a banquet for those raised on the "starvation gospel" diet there. Three of the leaders of Pure In Heart recorded a special message for our pilgrimage. We will meet them at the Evangelium Conference in Maynooth, where Christopher will present, as well as at other stops along the pilgrimage.
Bishop Kevin Doran of the Diocese of Elphin Welcomes Our Pilgrimage!
Bishop Kevin Doran leads the Diocese of Elphin in County Sligo. He will participate in the Evangelium Conference at Maynooth College, where Christopher West and Mike Mangione will present a full-day Theology of the Body workshop. Like Bishop Cullinan, Bishop Doran is also carrying the TOB torch in Ireland. He is so excited about our visit that he recorded a special greeting!
What's It Like to Journey
with Christopher West
& The Cor Project?
Pilgrims from the 2015 Cor Project TOB Pilgrimage to Poland share their thoughts on their powerful experiences with Christopher and the team.
Register Now!